We’ve been sorting through a load of old video footage this week and came across all of the videos of our tour with Jonah Matranga in October/November last year. We had the pleasure of joining Jonah on stage to celebrate the 20 year anniversary of Far’s Water and Solutions – a massively inspirational album for us. As well as supporting Jonah for around 6 dates we also got to fanboy as we played the part of Far for the full album run-through!

The tour was an absolute blast and we played some awesome shows in Glasgow, Edinburgh, Aberdeen, Liverpool and Leeds. Luckily we managed to record the entire last show at The Key Club in Leeds and we’re in the process of uploading it all to our YouTube channel as we speak. And a massive thanks to Neil Thomas who captured a couple of tracks at the Bloc+ show in Glasgow too!

Check out the playlist (so far) here: Jonah Matranga & Merrick’s Tusk – 20 Years of Water and Solutions

Keep your eyes peeled as we upload more.

Our debut album is now available on all the usual streaming sites along with a limited edition 12″ version over on our Bandcamp page.

Thanks to everyone who has supported us in any way over the past couple of years, we wouldn’t be anywhere near where we are today without you ❤

Next year we’ll have a lot of new stuff to share including our first album ‘Between the earth and the trees’ – hopefully some of you guys have already caught us at a gig getting these new tunes out. We will, of course, be touring the release across the UK (and hopefully Europe) so once we’ve got all our dates sorted we’ll get the word out.

Oh yeah, we’ve also got some new merch over on Bandcamp.

We’ve got a host of t-shirt designs available over on our Bandcamp page along with copies of our ‘Regroup & Reform’ EP.

We’ll be adding plenty more merch over the coming months in line with the release of ‘Between The Earth And The Trees’ in 2019. 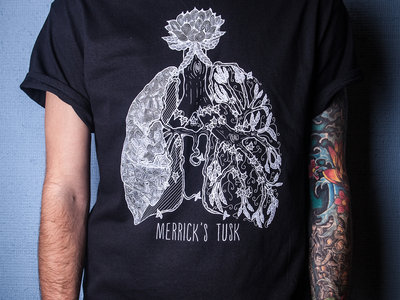